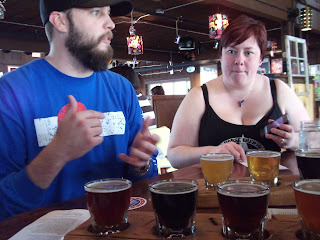 Another successful brewery pilgrimage! Guess that means it's time to start planning the next one.
Posted by Kris at 7:19 AM