After taking a hiatus in 2014 and propelled by a friend's niece selling Girl Scout cookies, I got back on the cookies and beer pairing horse with some friends over the weekend. This time around we used this article as a starting point for our pairings, using the specific beers suggested when possible; the rest of the time selecting beers we felt had similar flavor profiles. 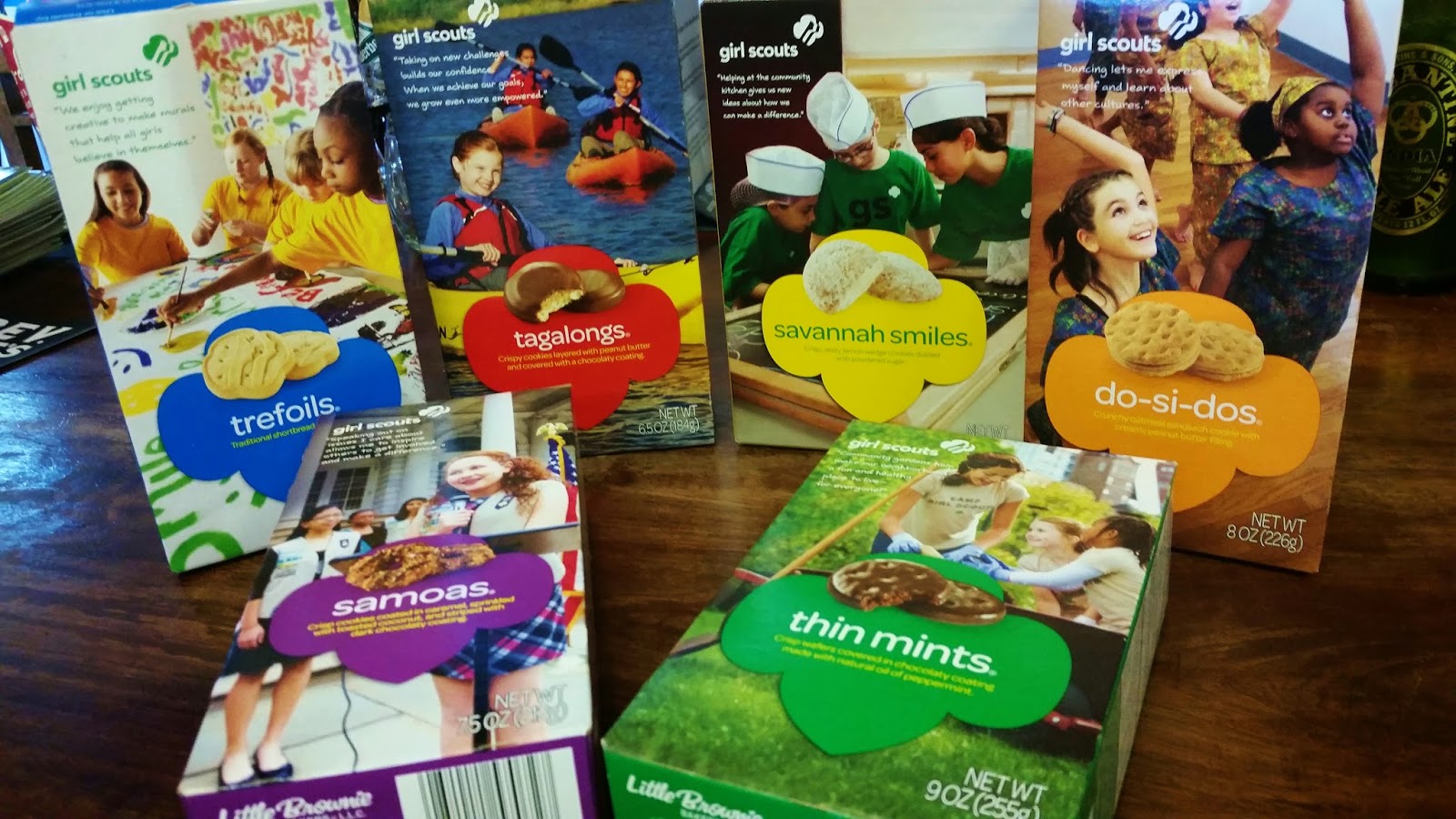 The short version of the experiment was that we weren't in agreement with the article about many of the pairings and the beer that worked the best with the greatest number of cookies was Lindemans Framboise. While it makes sense from the perspective of it having a strong fruit flavor it was surprising that this very sweet beer and the sweetness of the cookies actually worked instead of just being an instant sugar high leading into a sugar coma. 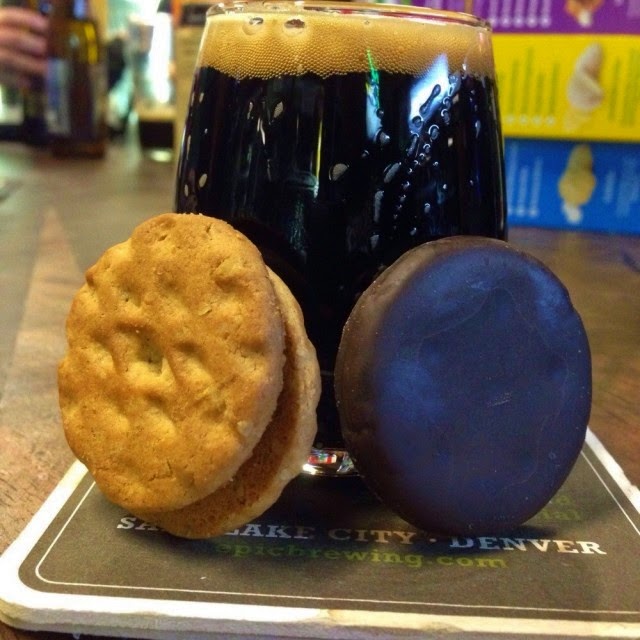 The most difficult cookie to pair with anything was the Thin Mints. We didn't have access to any of the suggested beers but felt the style recommended, stout, was the correct path. Block 15 Interstellar Darkness was on tap and one we thought would work well with a number of the cookies. It was really close to working with the Thin Mints but it just couldn't to seal the deal. What did work was Oskar Blues Ten Fidy. This is a beer either you love all 10.5% of it or one that just the pour into the glass looks too much like actual motor oil for you to fathom drinking. If you fall in the former camp, grab a can and a sleeve of Thin Mints. 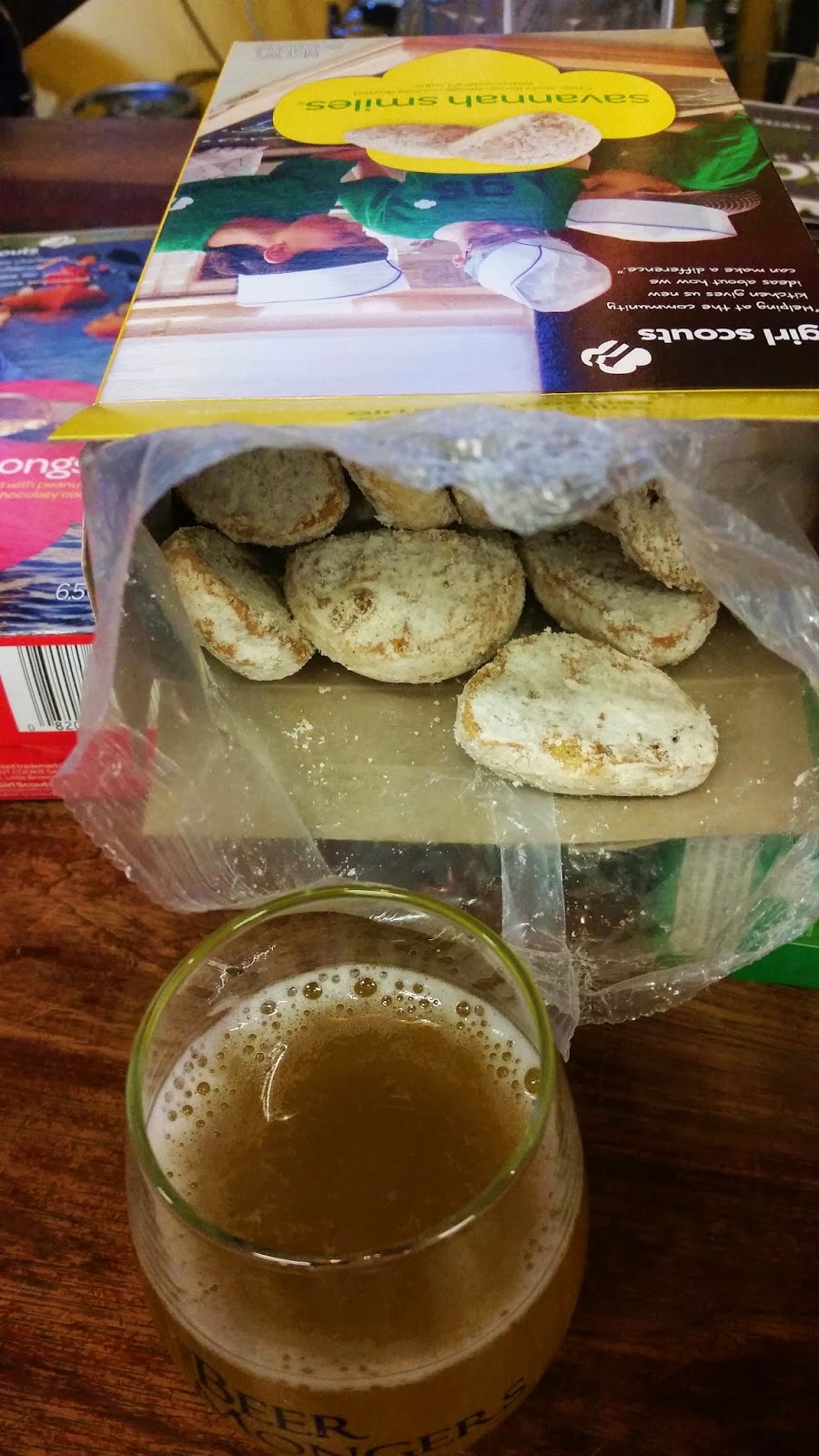 For as much as none of us were impressed with it on its own, the Savannah Smiles was probably the most agreeable cookie of the pairing. We kicked off the experiment with them and St. Bernadus Wit, chosen by Chris as a substitution for the WestBrook White Thai/Jester King Biere de Miel that were suggested. The mildly flavored, low ABV wit played well with the lemony cookies. Later on one of us got the idea to try an IPA with it. As it turned out Lost Coast Sharkinator, a hoppy white IPA, made for a nice pairing as well. And of course, as previously mentioned it was a slam dunk with the Framboise.

Right now you can't throw a stone without hitting a Girl Scout selling cookies and whether or not you really want them you'll probably end up with some. So make the best of it and have fun with your beer at the same time.