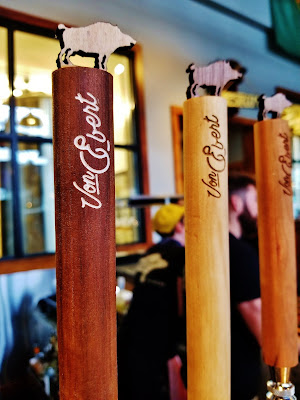 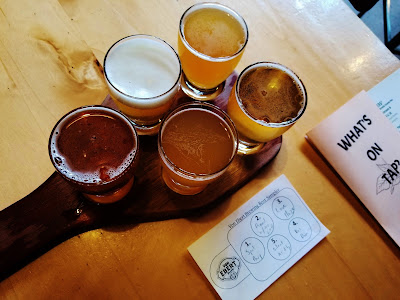 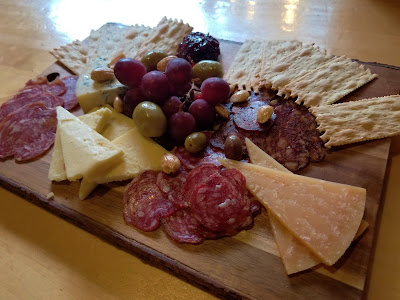 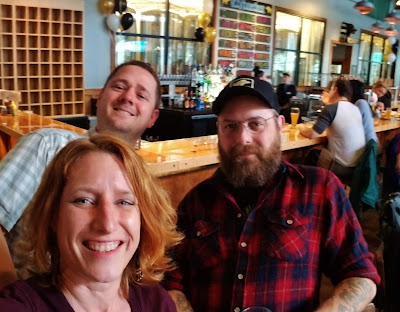 As 2018 rolls on and the frequency of beer festivals picks up, don't miss your chance to attend one of the newer, somewhat smaller, but definitely worthy festivals in Portland. SheBrew is now in its fourth year, offering beer, cider and mead from female Pro Brewers and Home Brewers. Unlike the WW Pro/AM (which we love as well), at this festival the pros and the home brewers don't team up to brew a beer/cider/mead but instead offer their creations as two components of a festival that is also a fundraiser for HRC. (The organization works with lawmakers and other groups to achieve equality for LGBTQ people in Oregon and across the US.)

For the second year the festival will take place inside Buckman Coffee Factory, a female-owned roaster located in inner SE. In addition to the 30+ beer/cider/mead offerings from the Pro Brewers and Home Brewers there will be music throughout the festival, comedians starting at 6:30pm and Spotlight food cart set up. For an added bit of fun attendees will be able to vote (until 6pm) for their favorite home brewed beverage in the People's Choice competition, with the winner being announced at the conclusion of the festival.

While being named People's Choice is an honor, a pre-festival American Homebrewers Association sanctioned competition took place that included submissions from across the country. 121 entries competed in 17 categories with the category winners selected by a team of judges and 1st, 2nd and 3rd place winners being awarded medals. The overall winner, Best of Show, will have the honor of collaborating on a beer with Natalie Baldwin, R&D brewer at Breakside Brewery. The Best of Show winner will be announced at 6pm.

The $20 general admission fee includes festival tasting glass, 10 tasting tokens and punch card to sample and vote on all the homebrew beverages. (The festival-standard option of purchasing more tokens for $1 each applies.) For those wanting to get a jump on the general admission entry, $40 VIP tickets are available. In addition to glass, tokens and punch card, VIP ticket holders get early entry (11am), t-shirt and 10 raffle tickets.

We plan to be there when the doors open and hope to see you!