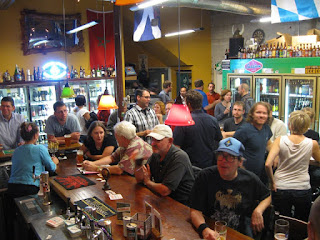 Nine years ago this summer we arrived in Portland, after a multi-day drive from our former home in the Midwest. As we settled in to our new surroundings in SE PDX we naturally gravitated to places with good beer and The BeerMongers was one of the first we stumbled upon. At the time they had been open just over a year and from the start we were warmly welcomed. Today we count many of our friends as people we met there and are thankful to be part of “The Mongers Community.”


Thursday, September 5 marks the 10th anniversary of The BeerMongers' opening and their 3,652nd consecutive day open. Owner Sean Campbell said, “We never planned on being open every day, it just happened organically. The community that has developed around that idea has been inspirational, allowing The BeerMongers to host community potlucks annually on major holidays when most establishments aren’t open. We all felt like our community needed a place to gather on holidays.”


To mark the milestone they have collaborated with some of their brewery friends to create 11 unique and creative beers, all on draft with some being canned/bottled as well, for the September 5 main celebration. In addition, daily events will take place September 1 - 8 highlighting the The BeerMongers’ greater role as a beer-loving community space. 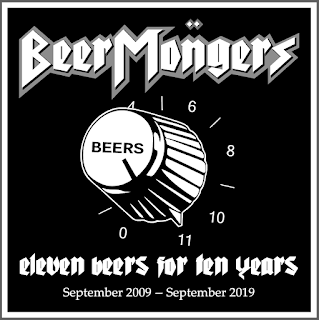