For our second installment of beer cocktails we chose the general category of rum to work with, leaving ourselves plenty of options by having light rum, dark rum, spiced rum and even Malibu coconut rum (which likely conjures up very specific memories for anyone). With such a wide array of liquor flavor profiles the beers we opted not to limit ourselves to a beer style and selected ones were equally wide ranging. Like any experiment there were some great ones and some “work in progress” (to be revisited and refined in the future) ones, the former of which are below. 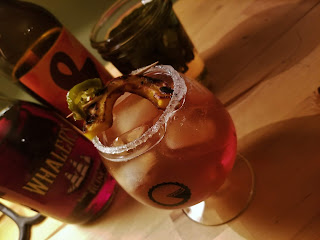 Dry and mild with a distinctive “fall” taste. The pumpkin ale is one of the better ones we’ve had, providing a full aroma, yet restrained in the level of pumpkin pie spices found in the flavor with a well balanced body. In the candid words of Lee, “Ah, shit, that’s divine!”

One of the later creations from this session, a time when we were venturing further afiled, we used two beers in this cocktail - the stout to provide both body for the cocktail and as a balance to the heat of the Evil Twin, a habanero peppers-containing beer. Much deeper and darker than the previous cocktail using the same rum, it tastes like what comes after fall - the holidays. 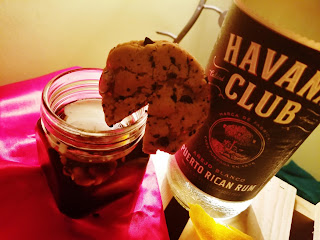 This fairly straightforward cocktail was loosely based on the flavors of a White Russian and it was pleasing to find that each of the ingredients we choose stood up to the others. Cascading and combing over our palate, the multiple layers of flavor change with each sip. We think Santa would be quite pleased to find this “dirty milk” in place of the standard glass of white alongside his cookies. Speaking of cookies, we happened to have some coffee crunch cookies, a take on chocolate chip cookies, on hand that provided yet another layer of flavor. If you’re good little boys and girls we might share our recipe for these crunchy, coffee-forward delights.

Just the aroma out of the freshly cracked bottle of Malibu made us want to find a beach, slather on some back-in-the-day tanning oil and relax. Instead we put our heads to work, coming up with a combination of sour/tart beer and cranberry juice to offset the overwhelming coconut profile of the rum, taking this from a 20-something drink to that a 35+ crowd wouldn’t be embarrassed to drink. The use of club soda boosted the carbonation provided by the beer for a cocktail that screams “lawn chair STAT and keep my glass filled!” regardless of the time of year. 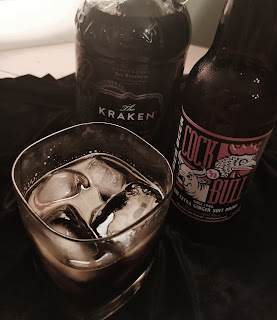 Once again taking inspiration from a traditional cocktail, this time a Dark & Stormy, we put a beer spin onto it, betting the stout would compliment the “dark” characteristics of the rum in this sipper. Keeping the cocktail from being overly dark was the ginger provided by the Cock'n Bull and the next time we make this we'll expand on that with a candied ginger garnish.

With two editions of beer cocktails behind us (here's the first one in case you missed it), we're looking forward to continuing to use our creative juices to bridge the gap between a pint of beer and a cocktail. 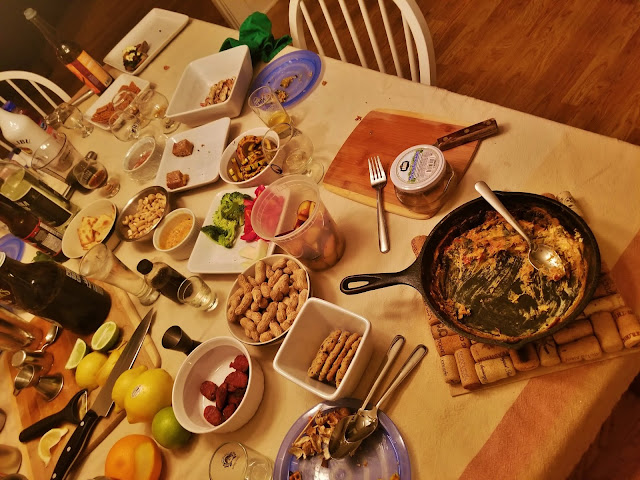