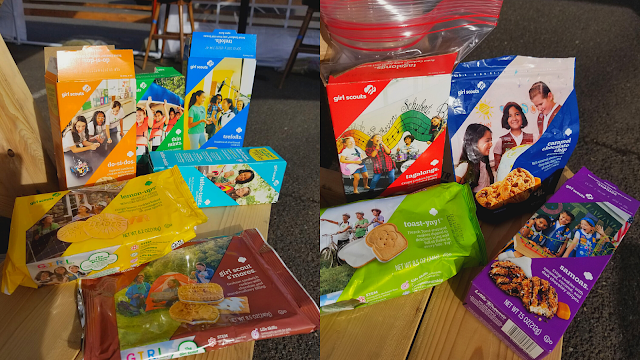 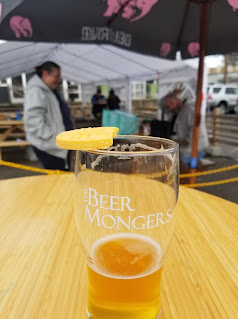 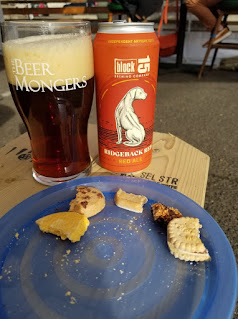 Two beers that were more challenging to pair with the Girl Scout cookies were Little Beast Brewing Tiger Team IPA and Block 15 Brewing Co. Ridgeback Red. Not ones to back down from a challenge, Chris found a match for Tiger Team with Lemon-ups, the lemon really popping out. And I decided that the creamy peanut butter and chocolate flavors of the Tagalongs were copacetic with the Ridgeback Red. The abbreviated pairing, while maybe not ideal for "scientific" purposes certainly produced less of a sugar hangover than we've subjected ourselves to in previous years.
Posted by Kris at 7:46 PM No comments: