Get Thee to BTU 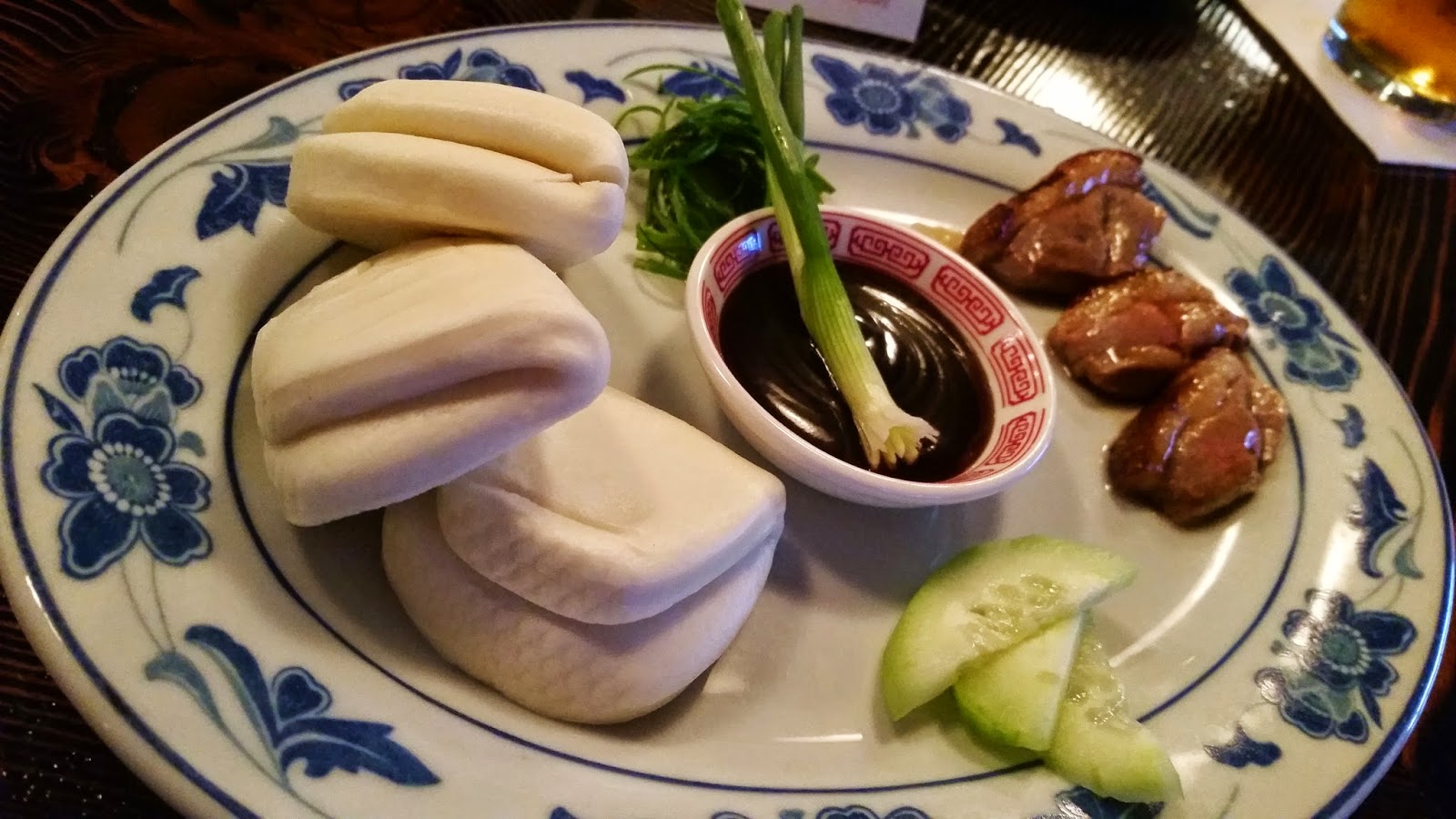 This is not just a post for my beer friends, but also for my foodie friends. I implore you take the time to get to BTU Brasserie on NE Sandy Blvd because when co-owner and the man heading up the food side of things, Chris Bogart, says they are making beer to go with food, he isn't just blowing steam from their boiler-fed brewing system up your arse, he means it. 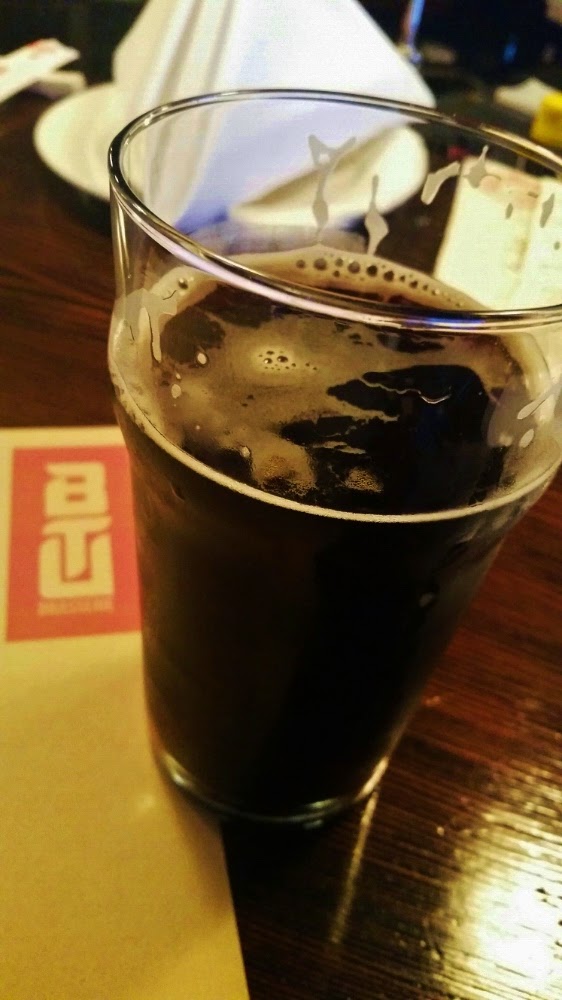 Last night I started off with the Dark Helmüt Schwarzbier, one I remembered from my visit as I was writing my piece for the Oregon Beer Growler as going wonderfully with the dry-fried green beans. Mag went for the BTU lager, their flagship beer that is made with Chinese short grain rice. It's a beer that despite it being a lager is also one I really enjoy and shows off the facty that brewer Nate Yoyu knows what he's doing. As with the green beans, the Dark Helmut went well with nearly all the food we had, starting with the smoked duck baos, mock eel (crispy fried shiitake mushrooms) and dan dan noodles and their corresponding assertive flavors provided by the hoisen, sweet soy sauce and mala-based sauce respectively.

The same can be said for the Robust Rye porter, although after acclimating to the Dark Helmüt it tasted sweeter than it probably really is, and the Jolulpukki bock, a beer I don't think I'd enjoy on its own but went incredibly well with the food. And it's not just a bock, it's a bock made with Cinderella pumpkin, Sichuan peppercorns, fresh ginger, star anise, cinnamon, bitter orange peel and coriander. That's a lot going on and while two wrongs don't make a right, there's something awfully right going on with this assortment of ingredients. 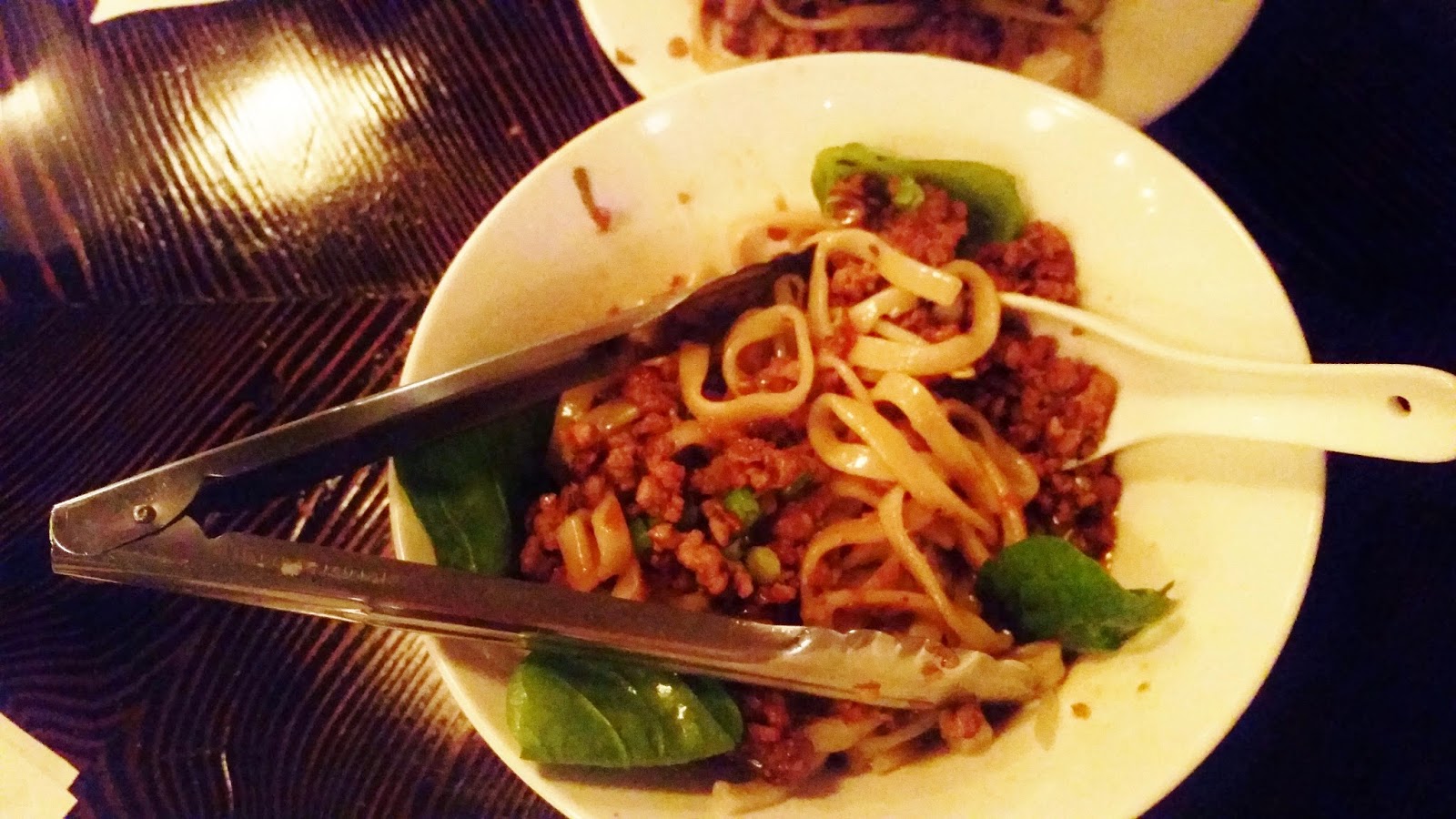 My least favorite dish of the night, and only because we had it in the middle of the rest of the food was the fried rice special. Had we started with that and a pint of lager or Sandy blonde I likely would have appreciated its more subtle flavors better. But, hey, that just means I have another reason to go back and visit soon to prove my point, right?

If you need more reasons than I've already listed, here are two good ones.