Ross Island: Not Just a Bridge but a New SE Brewery 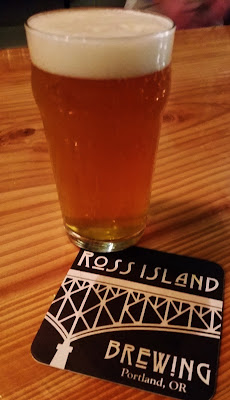 We recently had the distinct pleasure of attending a sneak peek of Ross Island Brewing. Nearly a year and a half in the making you can guess how excited owners Cartson and Maude Haney are to finally be able to open their doors to the public TODAY at 3pm. 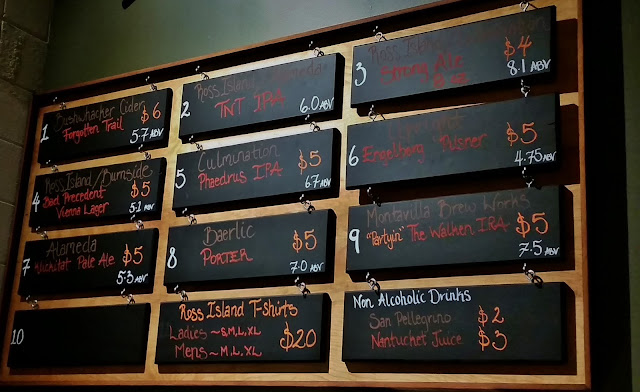 As for the space, a former car stereo installation business, it has been very thoughtfully laid out to maximize the seating. Two bars, one the standard height and the other the required handicap accessible height, each seat four to five patrons and frame the east side of the rectangular space. A third bar-style seating area looks out onto Powell from the north side of the space through large windows. Continuing around the perimeter, the southwest corner offers bench/booth seating for two tables with chairs opposite. The middle is filled, but not over filled, with four-top tables.

The décor has an outdoorsy feel that includes a canoe (aged to decoration perfection albeit no longer water tight) hanging above the bar. Painted in warm tones that compliment the wood tables and benches (crafted from old 2x4s from the space) and slab bar tops (gigantic wood slabs liberated from the shed of a friend's dad) the space manages to feel cozy in spite of the cement floor and a wall of windows. 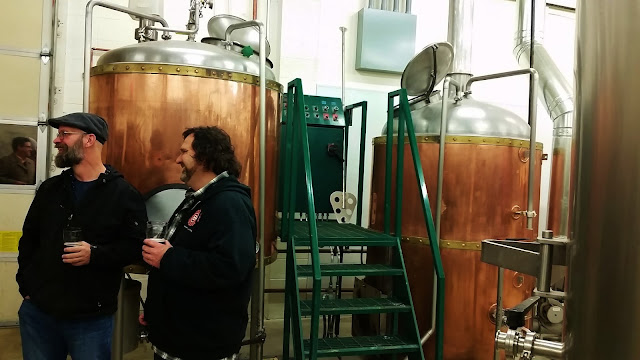 Located on the busy stretch of Powell Blvd just east of the Ross Island Bridge, their visibility is good but getting there is a tad bit trickier due to Powell's center median and near constant traffic. From most directions (other than having just come east across the bridge), take 11th Ave/Milwaukee Ave. The first westbound street south of Powell is Franklin (the Bear Paw Inn is on the corner if you're more of a landmark person). Take that west to 7th Ave and turn right. Follow 7th as is goes downhill back toward Powell, taking a right onto Powell for just a few feet before taking another right directly into their parking lot.